It took a lot of years living as an undiagnosed neurodiverse autistic person with Asperger's for Tim to gain the experience and skills needed to be the Neurodiverse Communication Specialist he is. Following is a brief overview of some of the events which shaped Tim's life and guided him to speaking publicly about Asperger's and his social, mental health, and employment issues associated with having ASD (Autism Spectrum Disorder)

Childhood: Tim grew up in the country of upstate NY with his mother, father, and 3 brothers, 2 - 5+ years older and 1 - 2 years younger. The nearest kid my age was 1/2 mile away across the fields and creek and attended a different school system as did most kids within a couple mile distance. His family had the Aspie trait of minimal social contact and few close relationships. With this pervasive isolation growing up and his own Aspie issues with social interaction and long term relationships, Tim became independent and self-reliant.

Tim became very active in the Boy Scouts program where he developed a love of the outdoors, camping, hiking, rock climbing, kayaking and more. 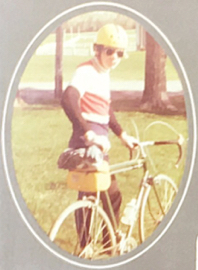 Tim became a cycling fanatic which lead to his first paycheck job at a Bike and Hike store. 15 years later Tim finished his cycling career with positions working at the national and international levels. 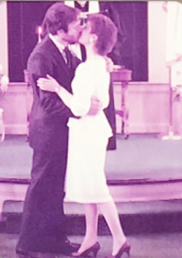 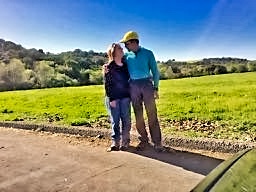 At 25 after dating for 7 weeks Tim married his wife and lifelong partner, Karen (AKA: Fireball). 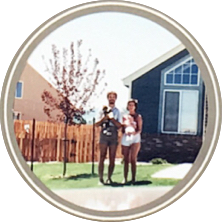 2 years later Tim & Karen had their one and only child, Joanna. They do what most people do. Work hard, treat others nice, and hope to get by. Life is full of ups and downs. Tim is fired from one job after 6 years with no specific reason given. Then a series of whatever he could get jobs where they struggled financially. In the mid 90's on a tip from a computer programmer Karen knew from her work, Tim became a Microsoft Certified System Engineer + Internet (MCSE +I). Tim found a true passion when he became involved in programming and databases. In retrospect, this was his Asperger's special interest drawing him to do whatever required to accomplish the vision.

Tim worked his way through the IT industry as a web developer, team lead, department manager, architect, and his specialty of databases, Business Intelligence, and ETL. 12 years of his IT experience was as a consultant / contractor. Tim has seen what works and doesn't work with technical workers in many companies and environments.

The Entrepreneur phase of A2Z. Tim and Karen created a tool and supply store for artisan jewelers as A2Z Metalsmith Supply. While the store was growing and quite successful they realized retail hours were not the life they wanted and closed the store. Tim founded A2Z CNC, a manufacturing company where he did all product design and engineering as well as all aspects of creating an international brand. Tim ran A2Z CNC for 10 years, adding rubber band powered model airplanes along the way. Click to see an A2Z product brochure

Tim has adopted the mission of Engaging Technical Worker and helping the Technical Worker better navigate the interview process with his "Geeks Guide to Interviews" books. To prepare for this Tim has combined all his experience as an Aspie in the multiple fields he was worked in to create a unique and insightful "Triple Point" view of Asperger's in the workplace and what works to engage the valuable technical worker to reduce turnover, recruitment and training costs, and teach you what engages and enrages the technical staff with Asperger's traits.